As Ukrainians Flee, this ‘University Moves With Them’. 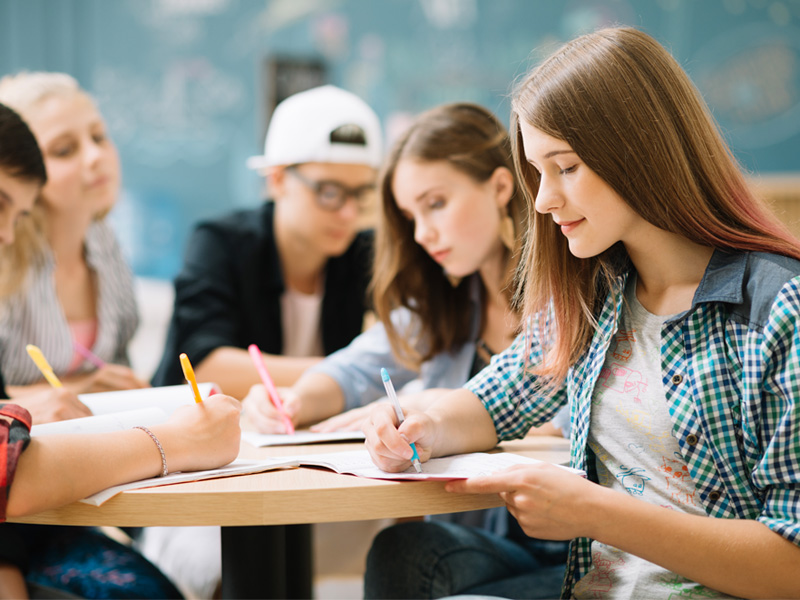 An online university is offering 1,000 scholarships and opening its virtual doors to Ukrainian students whose studies have been disrupted by the war.

By Sara Weissman for The Economist

Kateryna Glubochenko woke up to loud booming noises outside her house in Mykolaiv, in southern Ukraine. She initially thought it might be fireworks. The news told her otherwise—her country had been invaded by Russian forces.

It felt “completely out of reality,” she said of that day three weeks ago. In shock and disconcerted, she took her 10-year-old son, anxious and crying, to a bomb shelter, where they stayed for almost two weeks. She ventured out only to charge her phone or to get food. Glubochenko said what kept her sane in those “very dark times” in the shelter was doing her schoolwork. She’s on track to complete a master’s degree in education at the University of the People, an online American institution, this term. She was able to continue her asynchronous courses with the sometimes faulty but mostly stable internet connection in the shelter.

“My studies helped me a lot to remain focused, to see some hope and to concentrate on something positive, useful,” she said on Zoom call. “To study was the best I could do to distract from the situation around me.”

Glubochenko has since fled Ukraine and joined relatives in Spain—the journey took five days, with stops in Moldova and Romania—while her husband, parents and friends remain in Ukraine. She received a scholarship from University of the People to complete her studies amid the upheaval. The university will be awarding 1,000 more scholarships to Ukrainian students to attend the institution this spring in response to a request from the United Nations Educational, Scientific and Cultural Organization, or UNESCO. After a meeting with officials from the Ukrainian Ministry of Education, the university also agreed to open up all its courses to Ukrainian students whose universities have been closed or disrupted by the war so they can continue their studies.

Glubochenko knows firsthand how disrupted Ukrainian education has been. She’s a high school and community college economics teacher and has been struggling to coordinate virtual classes for students who are fleeing or have already fled Ukraine and now find themselves in different countries.

“This will be a significant help for our people, for our country, to support our education,” she said.

The structure of University of the People makes it an especially accessible option for refugee students. The programs are tuition-free, except for an $120 exam fee at the end of each course, a total of $4,800 to earn a four-year degree. All courses are online and asynchronous, which allows refugee students in unpredictable or tumultuous living situations to complete classes at their own pace.

Shai Reshef, president of University of the People, said it’s like a “university in a box.”

“If they need to move, the university moves with them,” he said.

University officials are reaching out to donors to raise funds for the scholarships, and Reshef is confident the university can accommodate whatever influx comes.

“The situation is horrible there,” he said. “All of the universities are closed.”

He noted that refugees sometimes hope they can return to their studies after the turmoil around them subsides or after they leave refugee camps, but too often “they never go back.”

When Reshef founded the university, he didn’t expect to have a student body that was almost 10 percent refugees more than a decade later, but as international crises kept happening, he saw these students were among the neediest—and they were highly motivated. Only about 5 percent of refugees worldwide are able to access higher education, according to an estimate by UNHCR, the United Nations refugee agency.

Now “we feel it’s our obligation to help as many refugees as possible,” he said.

Higher education institutions across the country are trying to support Ukrainian students. The University of Chicago, for example, is offering full scholarships to Ukrainian students to study at the university’s center in Paris. A streamlined application process will be available to students who were unable to finish their final semesters in Ukraine in June. Hampton University will also cover tuition, housing and meal plans this summer for up to 100 students who were studying in Ukraine. Students can choose to continue their studies there afterward at normal tuition rates.

“The collective Hampton University faculty, staff and students are heart-broken because the war-torn country of Ukraine must deal with atrocities like the bombing of maternity wards, hospitals and other civilian areas,” Hampton University president William R. Harvey said in a press release. “I think this partnership is something that can be beneficial to a great number of students and families.”

Adrian Haugabrook, executive vice president and managing director for the Social Impact Collective, which runs programs for underserved or nontraditional learners at Southern New Hampshire University, said colleges and universities working with refugee students should make their programs as flexible as possible and ideally focus on subjects likely to enhance student’s social mobility.

“In many of these environments, as we’re seeing, literally in the morning, everything could be fine,” Haugabrook said. “By 10 a.m., the prime minister or the president of the country releases a mandate or an executive order and all of the sudden, things begin to change. There’s volatility for many of these learners, so you have to be highly flexible and highly adaptable.”

“You can’t go into this work thinking that this is going to be a revenue generator,” he said. “This has to be absolutely North Star mission work. We consider it an investment of our own money and resources to do this.”

Reshef said as the war escalates in Ukraine, colleges and universities should accept as many refugee students as possible.

“They deserve education,” he said. “Take them and take as many as you can—and maybe even one more. There is no excuse … Every university in the world [is] claiming they are inclusive and they want diversity and they want to open their gates to people who really need them. Refugees are the people who need them most. If every university in the world would do that, we’d have a better world.”